Touring the best trails in Nova Scotia with Andrew L’Esperance Touring the best trails in Nova Scotia with Andrew L’Esperance

When the 2020 race calendar changed, Andrew L’Esperance found himself with more time riding at home in Nova Scotia than he’d had in years. For the Norco Factory Racing cross country athlete, the extra trail time was a welcome return.

“Getting to ride with friends at home in Nova Scotia is so important to me,” says L’Esperance. “These are the people that inspired me, supported me and helped launch this journey in professional mountain biking that I am on.”

But it’s not just a return to the familiar for L’Esperance. The trails back East are evolving. To the point, according to L’Esperance, that they rival anything in Canada. 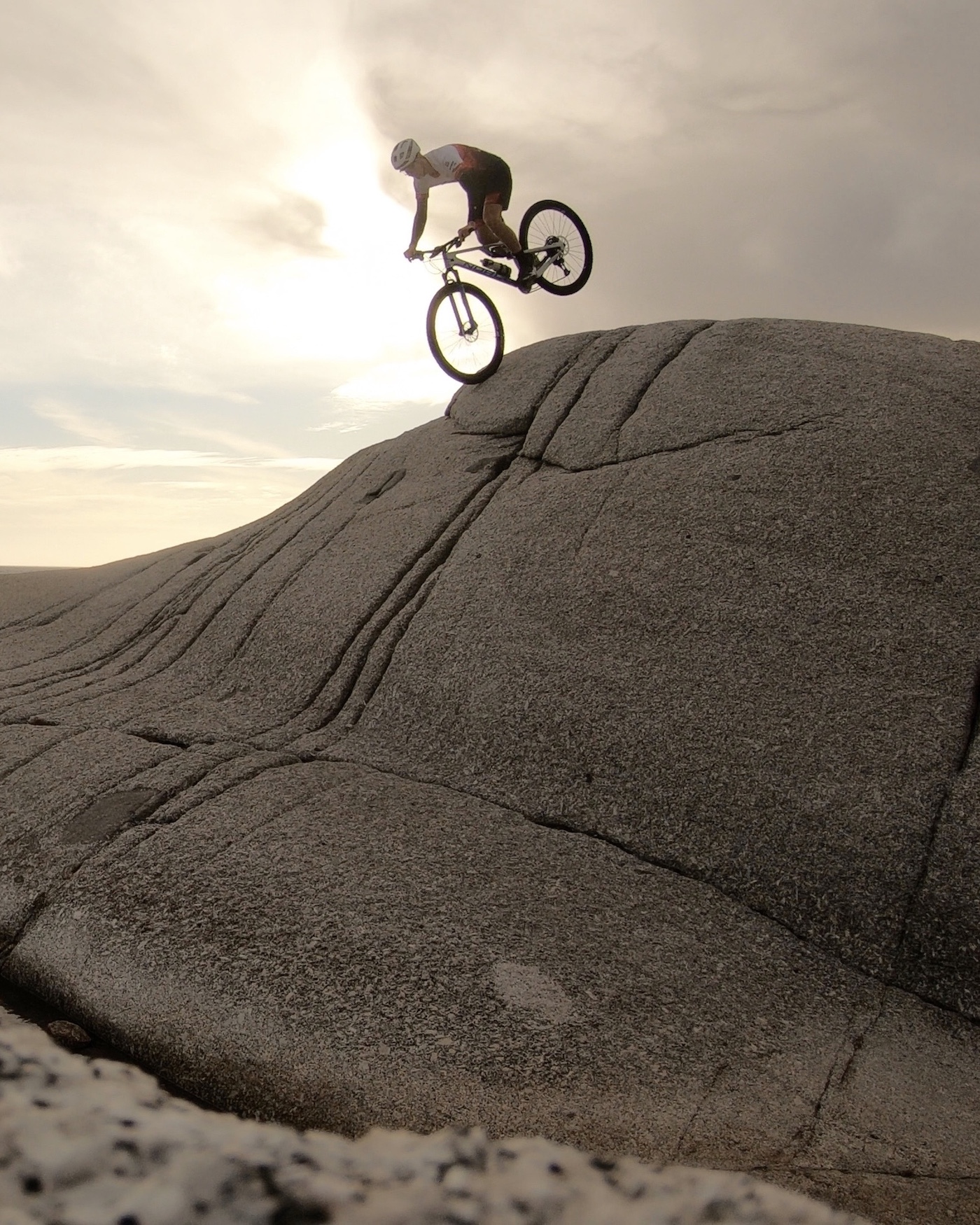 “There is a lot of potential here with solid vertical to work with, amazing natural terrain and quite a central location to the entire province,” L’Esperance says of his home province. “It is hard to deny the fact that my measuring stick for trail is the trails I get to ride in B.C., and I rode some stuff there this fall that was on par if not better than quality B.C. mountain bike trail.

That rosy assessment is echoed by Haley Smith. Partners in life and on Norco Factory Team, Smith was impressed by the riding when she joined L’Esperance in Nova Scotia in the fall.

“The riding in Nova Scotia is incredibly varied. In and around Halifax, it’s more undulating with a lot of striking exposed granite and gnarly terrain,” says Smith. “In the ‘valley,’ you can get some big elevation with softer dirt and lots of roots. Within an hour’s drive, you can get a lot of different terrain in, from massive granite rock slabs, to Ontario-style speed and flow, to more loamy descending.” 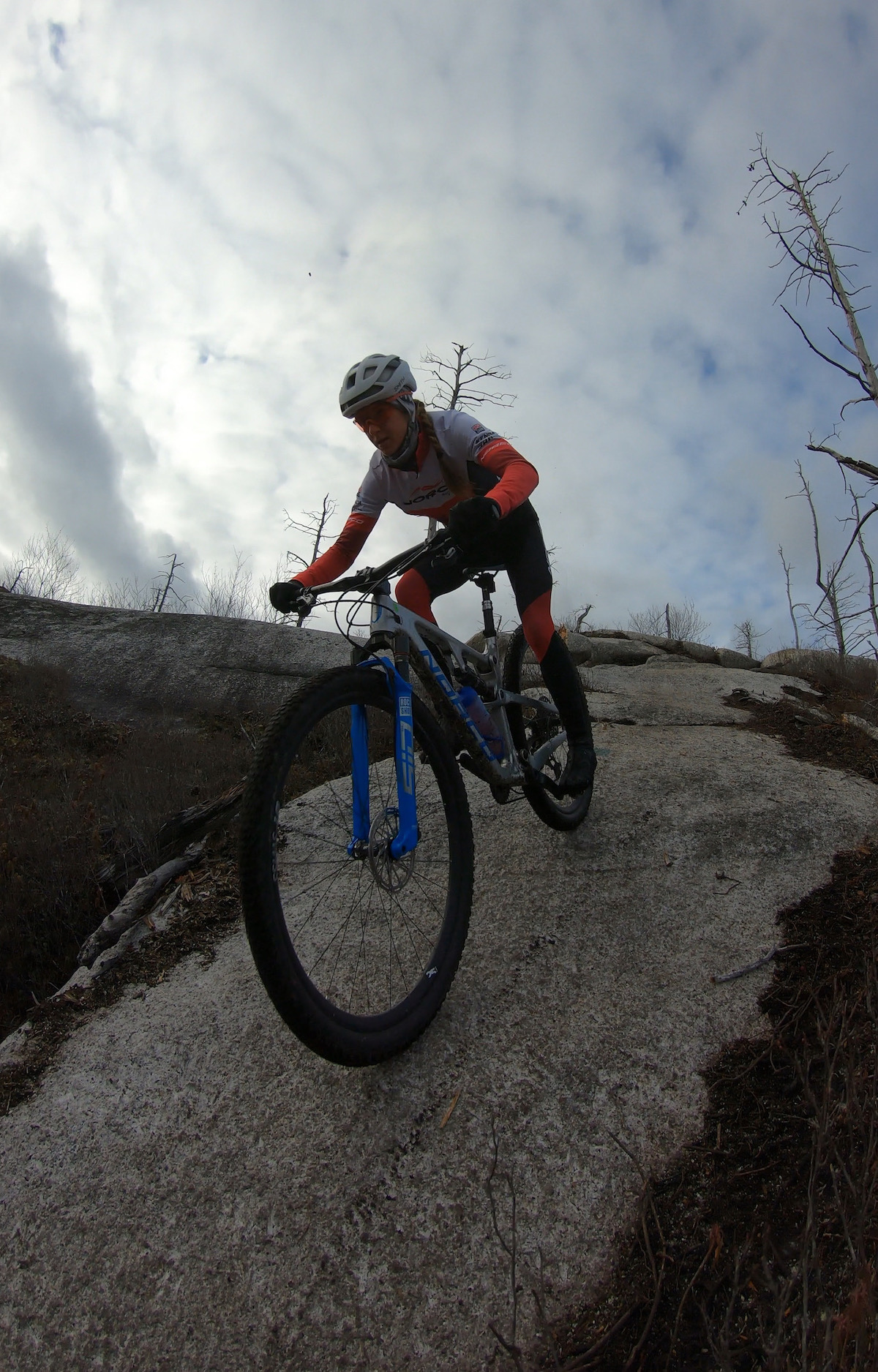 For both Norco riders, who have experience on trails around the world to compare, it is as much the community element of mountain biking in N.S. that stands out as the trails.

“The riding community is friendly, welcoming, and less intimidating than in some other places I’ve ridden,” says Smith. “There are some seriously skilled riders out there, and they’re just as likely to have a friendly chat with you trailside as all the beginners (that is to say, very likely!).”

And the riding community in Nova Scotia, and Atlantic Canada more generally, is growing rapidly. If Canadian mountain biker’s were asked which of their country’s coasts is best known for trails, the East Coast might not be the first answer. But that could be changing.

This is no accident, says Terry Tomlin, a pioneer and vocal advocate of mountain biking in Atlantic Canada. The growth can be attributed to a huge community effort, as well as the region’s natural appeal. As Tomlin says, “Atlantic Canada combines amazing riding with incredible lifestyle opportunities.”

“There has been an explosion of trail development in Atlantic Canada in the past three years. Trying to ride them all is akin to playing ‘whack-a-mole’ with a mtb – as quick as you can ride one network another pops up!” says Tomlin. “Traditionally many of these gems have been known only to locals and could be difficult to work into a vacation without knowing the lay of the land. Fortunately organizations like MTB Atlantic now offer a trip guide that identifies the most popular trail networks and, more importantly for visitors, provides itinerary options on and off the bike so one can easily plan a mtb trip that the whole family can enjoy.”

While the riding is a growing part of that tourism draw, Tomlin says it is “the ability to combine riding with lifestyle and quality of life in Atlantic Canada” that makes the region so appealing as a destination.

“Atlantic Canada, with it’s lack of traffic, low population density and arguably shorter driving distances (Newfoundland and Labrador excluded) delivers many recreational and lifestyle gems in a nice, tight package,” argues Tomlin. “Where else could you enjoy world class surfing at dawn, go mountain biking in the afternoon and then enjoy oceanfront dining in one of North America’s oldest cities all with less than 30 minutes of driving?”

And it’s not just Nova Scotia. MTB Atlantic offers local guides for all the regions. Head to Charlottetown to mix trails at Brookvale and Bonshaw with Anne of Green Gables dinner theater or a harbour cruise. “In St. John’s,” Tomlin teases, “the most popular technical trail network literally finishes on the Quidi Vidi waterfront where one can watch seafood being landed before savouring a meal at the award winning Mallard Cottage.”

While Smith appreciated the variety of riding in N.S., two areas stood out. “I loved riding the new stuff at Macintosh Run just outside the city,” says Smith, adding “and I had a wicked time at Wentworth.”

L’Esperance’s lists of favourites was, understandably, longer. For the full lowdown on mountain biking in Nova Scotia, read the interview with the Canadian World Cup cross country racer in full at Canadian Cycling Magazine.

View Open
One of the first mountain biking destinations visi

View Open
Packing it all up and proudly displaying those mou

View Open
Keppoch Mountain, Nova Scotia - a must ride on you